The Court of Appeal has given important guidance on local authority duties and decision-making. James Goudie QC and Ronnie Dennis set out its key findings.

The Court of Appeal has this month handed down judgment in R (Williams) v Caerphilly County Borough Council [2020] EWCA Civ 296. The judgment gives valuable guidance to local authorities on:

(1) the division of functions between full Council and Cabinet; and

(2) the scope of the duty of improvement/ best value in England and Wales.

(1) The division of functions

In England and Wales, any function of a local authority is to be exercised by its Cabinet, unless provided otherwise by statute. One such exemption is for decisions “concerned with the authority’s budget”, if the Cabinet is minded to determine the matter “contrary to, or not wholly in accordance with” the budget. In that case, the decision must instead be taken by full council, unless the Cabinet is authorised to take it by the council’s own rules or procedures.

In this case, the appellant challenged the council’s decision, taken by its Cabinet, to adopt a 10-year strategy for the provision of sports and recreation facilities in its area. The appellant argued that the decision was “concerned with” and indeed “contrary to” the council’s budget, and therefore had to be taken by full council.

The Court of Appeal rejected those arguments. In doing so, Males LJ (with whom Haddon-Cave and Flaux LJJ agreed), gave some helpful guidance on the scope of this exemption, which applies in both England and Wales:

Applying those principles here, the strategy was not “concerned with” the council’s budget, borrowing or capital expenditure because: (1) it was instead “concerned with” its policy for sports and leisure provision; and (2) it did not itself commit the council to any specific expenditure or borrowing ([47]-[48]). The fact that the strategy would inevitably entail capital expenditure if and when implemented by later decisions was not to the point.

(2) The scope of the duty of improvement/best value

The Court’s judgment also contains helpful guidance on the scope of the duty of improvement/ best value in England and Wales.

“A Welsh improvement authority must make arrangements to secure continuous improvement in the exercise of its functions.”

Similarly in England, s. 3(1) of the Local Government Act 1999 provides that:

“A best value authority must make arrangements to secure continuous improvement in the way in which its functions are exercised, having regard to a combination of economy, efficiency and effectiveness.”

In each case, if the authority proposes to make such arrangements, then it must take account of certain factors, and consult with certain representatives, before doing so.

The appellant argued that the strategy was an arrangement of this kind under the 2009 Measure, and that the council had acted unlawfully by failing to take account of those matters and carry out a proper consultation.

The Court again rejected those arguments. In doing so, Males LJ gave the following guidance on the scope of the duty of improvement/ best value in England and Wales:

Applying those principles here, the decision to adopt the strategy was not “in the nature of an arrangement to secure continuous improvement in the exercise of functions”. It was instead, “a strategy for the steps the council wanted to take in respect of its provision of recreational facilities” ([70]-[71]).

James Goudie QC and Ronnie Dennis are barristers at 11KBW. They acted for the council, instructed by Mike Wallbank of Caerphilly CBC Legal Services. 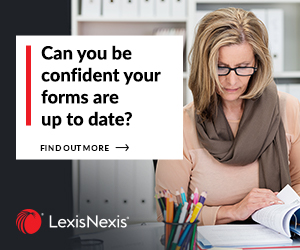