The Royal Borough of Greenwich has agreed to pay a grandmother four years of backdated foster carer payments, following an investigation by the Local Government and Social Care Ombudsman.

The LGO said the case should serve as a reminder to councils of their duties towards friends and family foster carers.

The Ombudsman found that Greenwich had failed to make the grandmother aware that she might be entitled to financial assistance for looking after her grandson. The council had also failed to carry out a financial assessment when she asked it for help.

The grandmother became the boy’s primary carer following council concerns about his mother’s ability to look after him.

Greenwich said it would start care proceedings if the grandmother did not take on parental responsibility for the boy, but it failed to tell her about the financial assistance that might be available, despite her repeated requests for financial help over the next few years.

“These calls for help included telling the council she had no carpets or furniture, was sleeping on a mattress on the floor, couldn’t afford heating over the winter and had got into debt through borrowing. She told the council she could not understand why it would not help her,” the LGO said.

Greenwich eventually assessed the grandmother’s circumstances and agreed to pay her an allowance of £126 a week, backdated to the date of the assessment. This still left a four-year gap in which she should have received support, the LGO said.

The grandmother complained to the Ombudsman after her requests to the council to backdate the support were declined.

The LGO’s investigation concluded that Greenwich should have carried out a financial assessment when it asked her to take on responsibility for the boy, but instead offered her no advice or assistance. It also missed numerous opportunities between 2011 and 2015 to carry out assessments, the report said.

Greenwich has now agreed to:

Michael King, Local Government and Social Care Ombudsman, said: “When they are involved in making care arrangements, councils must give families clear information about the help available to them and who will be financially responsible for the child.

“Greenwich Council missed numerous opportunities to help this grandmother and, when it did realise its duty towards her and her grandson, decided not to backdate the support she was due. This must have had a significant impact on the boy’s welfare.

“I am pleased the council has accepted my recommendations and hope the changes it has made will ensure other foster carers in the borough are not impacted in this way.

“We issued a report into councils’ duties towards friends and family foster carers in 2013, and this case serves as a timely reminder of the effects on vulnerable families when councils get things wrong.” 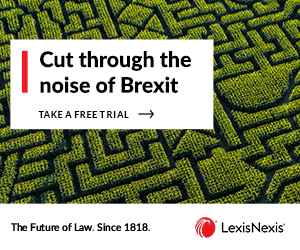