Practitioners should be alert to issues in cases where honour-based violence is considered a risk by the local authority, particularly when forced marriage is considered a real possiblity, write Francis Wilkinson and Lauren Suding.

We acted in recent public law children proceedings with an international element, in which interim Forced Marriage Protection Orders (FMPO) had previously been made in respect of the children’s older siblings. A referral was made to the local authority after the police were contacted by the older siblings in relation to the forced marriages. There were subsequent disclosures relating to physical chastisement of both the older and younger female siblings for the type of clothes they wore and for associations with people of which the extended family did not approve. The oldest sibling’s need for protection has meant that she has been given a new identity and no longer has contact with her family.

Practitioners should be alert to issues that may arise in cases where honour-based violence is considered a risk by the local authority, particularly when forced marriage is considered to be a real possibility. The Government’s multi-agency statutory guidance “The Right to Choose” should be consulted. Depending on the circumstances of the case at hand, issues to consider will include whether to apply for an FMPO under Part 4A of the Family Law Act 1996 and whether the FMPO application should include other Respondents who are attempting to force the person to be protected (PTBP) to enter into a marriage.

The advantages and disadvantages of the local authority bringing an FMPO application should be weighed, as opposed to an application brought by the PTBP. The court may wish to hear the relevant evidence at the same time as determining the public law children proceedings or may wish to separate the proceedings in light of the different considerations it must have in respect of each but in any case, consideration will likely need to be given to section 63C of the Family Law Act 1996.

The controversially named topic of “honour-based” violence may raise cultural issues that the court may not wish to address without expert evidence, in order to avoid perceived speculation and stereotyping. In the case of Re A (A Child) (Fact-Finding: Speculation) [2011] EWCA Civ 12, however, the Court of Appeal held that where in a fact-finding there is speculation on some matters, it would “not be merely artificial but potentially misleading” for a judge to suppress all reference to it (para 29). In relation to stereotyping, Munby LJ referred to an earlier judgment of his (Re K: A Local Authority v N and Others [2005] EWHC 2956 (Fam), para 26): “The task of the court considering threshold for the purposes of section 31 [of the 1989 Act] may be to evaluate parental performance by reference to the objective standard of the hypothetical ‘reasonable’ parent, but this does not mean that the court can simply ignore the underlying cultural, social or religious realities. On the contrary, the court must always be sensitive to the cultural, social and religious circumstances of the particular child and family.” Establishing the proper boundaries between permissible cultural differences in behaviour and impermissible and illegal behaviour is vital, if sometimes tricky.

Francis Wilkinson and Lauren Suding are barristers at Field Court Chambers. They can be contacted This email address is being protected from spambots. You need JavaScript enabled to view it. to their clerks. This article first appeared on the set's website.

Courts have no jurisdiction over "unwise" decisions where subject has capacity 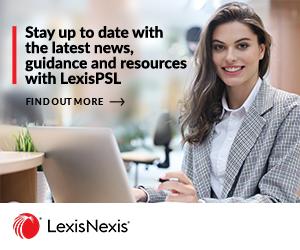