Monckton Chambers summarises a recent Upper Tribunal ruling involving a council and the FOIA exemption in relation to actionable breaches of confidence.

In 2014, the High Court found that Thanet District Council had acted unlawfully in imposing a ban on live animal exports from the port of Ramsgate, and was liable to pay Francovich damages to the affected traders. Following that judgment, the Council entered into confidential settlement agreements with a number of the affected traders.

The First-tier Tribunal, however, considered that the information was not exempt under section 41(1), as the names of the parties did not amount to information “obtained” from another person. The Commissioner, who was not represented at the First-Tier Tribunal hearing, appealed to the Upper Tribunal.

The Upper Tribunal accepted the Commissioner’s arguments that the First-tier Tribunal had been wrong to find that the names of the exporters did not amount to information “obtained” from third parties. In particular, the Court of Appeal’s decision in Browning v Information Commissioner [2014] EWCA Civ 1050 was high authority for the proposition that parties’ names are not mutually agreed terms, but rather factual information obtained by the public authority from an applicant. In addition, the First-tier Tribunal had been wrong to focus on the question of whether the parties’ names are distinguishable from the other, mutually agreed contractual terms.

The case has been remitted to the First-tier Tribunal to consider the outstanding grounds of appeal against the Commissioner’s decision notice.

This case summary was prepared by Monckton Chambers.

Alexandra Littlewood from Monckton acted for the Information Commissioner.

Court of Appeal dismisses bid by journalist for access to documents held by council in relation to public law children proceedings, but calls for guidance in form of court rules 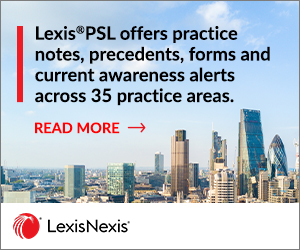