Mrs Justice Knowles has issued a short judgment explaining how she came to agree a deprivation of liberty order against a 14-year-old boy with behavioural problems who was to be moved to a residential school.

In Z, Re (A Child: Deprivation of Liberty: Transition Plan) [2020] EWHC 3038 (Fam) the judge said that although the case was later resolved “it struck me that a short judgment explaining my decision on the local authority's application might be of benefit to other local authorities faced by the difficulties with which Z presented”.

A local authority applied in August pursuant to section 100 of the Children Act 1989 to deprive Z of his liberty to take him from the family home - where his behaviour had become unmanageable and a threat to the safety of his parents and sister - and place him in a residential school.

Knowles J said: “Z's parents and the professionals working with him were clear that it was extremely unlikely that Z would go to his new school voluntarily.”

A staged plan was devised to introduce Z gradually to the school and it was “obvious…that the transition plan foresaw Z being deprived of his liberty during the journey to school and being subject to both physical restraint and chemical restraint by means of medication”.

The judge said there had been “no alternative statutory means to achieve the ends intended by the local authority”.

She had later been told that Z ultimately travelled with his parents to the school rather than using transport provided by the local authority, and his parents now believed he was starting to settle there.

Council not entitled to refuse to assess needs of Vietnamese woman on basis of preliminary age assessment by different authority, judge finds 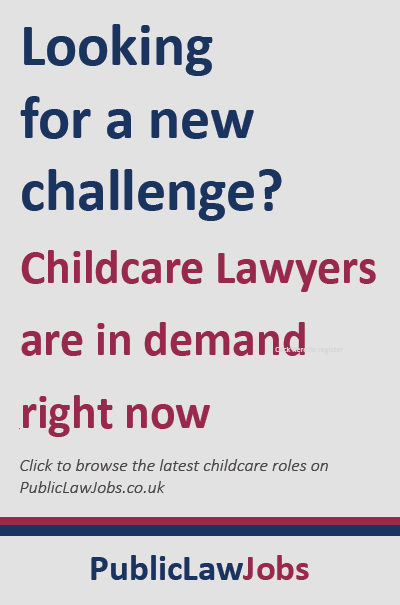 Monitoring Officer/Solicitor to the Council

Possible non-accidental injury to a child, Part 1: An overview of the law - Spire Barristers

Possible non-accidental injury to a child - Part 2: Practical guidance on how social care should work with the family whilst the issue is being investigated - Spire Barristers