The First-tier Tribunal has upheld a decision by the Information Commissioner’s Office that required a town council to disclose a contract entered into more than five years ago with a developer over the multi-million pound sale of a sports complex.

The requests centred on the contract between Saul Construction, the developer, and Hemsworth Town Council in respect of the sale of the Hemsworth Sports Complex.

Entered into in early 2011, the development was to consist of more than 150 homes. It was agreed that the town council would take over a new community centre and new football facilities. That has happened.

Planning permission was sought for the site but was quashed by the High Court. Permission has been re-granted but is the subject of another judicial review.

Because of the hiatus caused by the judicial reviews, Saul Construction has refused to complete the contract. Title therefore remains with the council. The developer has paid £360,000 pursuant to a section 106 agreement and paid part of the contract price. Some £1.4m remains outstanding from the purchase price. The council and the developer are seeking to renegotiate the contract.

The requesters are local residents who have expressed concern about various environmental issues resulting from the sale and loss of open space.

The town council refused their request, arguing that the documents were exempt from disclosure under s. 43(2) of the Freedom of Information Act 2000, which covers commercial interests. This was upheld on review.

When the solicitors to one of the requesters cited the Environmental Information Regulations 2004 ("EIR"), the council relied on the exemption in regulation 12(5)(e) (legitimate economic interests). It did not however explain why.

On review, the council maintained its decision and argued that the public interest favoured withholding the requested information.

After receiving a complaint, the ICO concluded that the EIR, rather than FOIA, applied.

The ICO decided that the town council had failed to discharge the burden on it of establishing that regulation 12(5)(e) was engaged. “With regard to legitimate economic interests, under Tribunal caselaw it had to be shown that, on the balance of probabilities, adverse effects would accrue.” [Tribunal’s emphasis]

The authority had failed to identify any specific adverse effects arising from the disclosure of the disputed information (or parts of it), the ICO found. It concluded therefore that it did not need to apply the public interest test.

Hemsworth Town Council appealed, but this has now been rejected by the First-tier Tribunal.

The FTT said it considered that regulation 12(5)(e) was not engaged. “The first two Portland & Brunswick tests are met but not the third. The Council eventually alighted on the correct legal test – that disclosure would, not merely might, adversely affect legitimate interests (its own and those of the developer, it said) but has failed to show how. It has either talked airily about commercial sensitivity or engaged in non sequiturs, for example by arguing that disclosure would prejudice the EIA judicial review or renegotiation of the contract. It has not explained how disclosure would prejudice either of these.”

Whether the contract was in the public domain could have no obvious impact on whether the Secretary of State should have required an EIA, the FTT said. “Similarly, as things stand, each party is entitled to insist on performance of the current contract. Whether the public at large knows the terms of the contract would appear to make no difference to renegotiation.”

The Tribunal said the problems the developer had experienced in retaining planning permission no doubt had complicated matters and could well have affected the financial viability of the project.

“The fact is, however, that the contract was not made subject to such permission. It appears that the developer did not anticipate any problems in that regard," the FTT said. "Nevertheless, given that there was no relevant condition, there seems to be no reason why the Council could not have insisted on completion (with payment of the balance of the purchase price) by bringing an action for specific performance of the contract. For whatever reason it has decided to renegotiate rather than rather than bring such an action. However, this cannot without more mean that disclosure would adversely affect its legitimate economic interests or those of the developer.”

The FTT noted how the contract was over five years old at the date of the requests, and that it might be argued that some of the provisions, including the sale price, were sensitive when it was entered into.

But it pointed out that the town clerk had promised in a letter in April 2011 that it would be made public after councillors had been briefed at a meeting. “If disclosure then would not affect legitimate economic interests, the supervening events cannot make any difference; at any rate, neither the Council nor the developer has explained how they could.”

Sensitivity would have been lost by the time of the requests, the FTT added. Some information relating to price is already in the public domain, namely the s. 106 payment and the fact that £1.4m remains outstanding.

The Tribunal added that if it was wrong on the engagement of regulation 12(5)(e), it considered that the public interest supported disclosure bearing in mind the presumption in favour of disclosure.

Amongst other things the FTT said that after the passage of time, residents were entitled to scrutinise a controversial contract to assess whether the council had made a good deal on its behalf. “In addition, residents are entitled to seek to influence any renegotiation of the contract and to do that they need to know where things lie at present.”

The tribunal added that there was a strong public interest in public authorities fulfilling their promises (here, [the clerk’s] that the contract would be made public after a meeting in May 2011), absent a material change of circumstances. “There has been none here.”

Although it dismissed the appeal, the FTT said it had some sympathy with the council. “It appears to have been subjected to a sustained and prolonged barrage of requests for information and explanations from Mr Kenyon and others. It is a small authority working within a tight, modest budget and these demands could easily have stretched its limited resources. As well as these requests, it has had to contend with three judicial reviews arising out of or touching upon the contract (it is, of course, perfectly legitimate for those affected by decisions of public authority to challenge them if there are grounds to do so).

"That said, the Council has not helped itself by failing – despite numerous prompts by the Commissioner and the requesters - to address the legal issues raised by the two requests and, in particular, to show how disclosure would affect either its or the developer’s legitimate economic interests.” 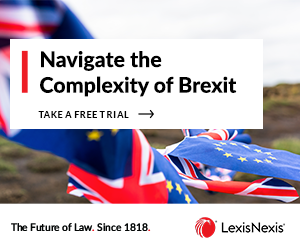