The Minister for Regional Growth and Local Government has acknowledged that the Government response to the Committee for Standards in Public Life’s January 2019 review, Local Government Ethical Standards, is “overdue” but has not given a date for its publication.

In a letter to the Society of Local Council Clerks (SLCC), Luke Hall apologised for the fact that publication had been held up, which he said was “firstly due to the 2019 election and then subsequently in the urgent business of responding to the Covid-19 pandemic”.

He added: “However, I can assure you that the Government recognises it has a key part to play in ensuring the standards framework is clear, effective and serves to enhance the reputation of local government, particularly regarding the behavioural difficulties faced by local councils.

“We have considered the Committee’s recommendations carefully, including the recommendation to introduce a time-limited sanction of suspension for councillors, and we intend to publish our formal response in due course.”

In its earlier letter the SLCC said it strongly supported the findings and recommendations of Local Government Ethical Standards. The Society suggested that there was “a growing frustration with the inability of the standards regime to deal with the bullying behaviour of parish councillors. Whilst these individuals are in the minority, they do so much to damage the communities they purport to serve as well as the reputation of the vast majority of local councils which do such wonderful work for the benefit of their communities and electors.”

It went on to say: “Sadly, in at least 500 councils there is evidence of bullying by elected members who see the council as their personal fiefdom and who will stop at nothing to undermine those who act professionally."

Key recommendations in the CSPL report included that local authorities be given the power to suspend councillors without allowances for up to six months.

The Committee argued that the current sanctions available to local authorities were insufficient. “Party discipline, whilst it has an important role to play in maintaining high standards, lacks the necessary independence and transparency to play the central role in a standards system.”

The report added: “The current lack of robust sanctions damages public confidence in the standards system and leaves local authorities with no means of enforcing lower level sanctions, nor of addressing serious or repeated misconduct.”

The CSPL itself wrote to the Secretary of State for Housing, Communities and Local Government, Robert Jenrick, in July 2020 to ask when the government response to Local Government Ethical Standards would be published.

Government needs to improve the process by which ministers take legal advice: Institute for Government

Remote meetings and the importance of ‘local choice’ 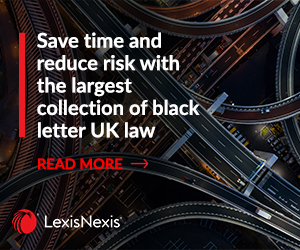 Head of Corporate Governance and Legal (and Monitoring Officer)

Head of Legal and Democratic Services

Renewable Energy from Wind and Solar Power: Law and Regulation

Renewable Energy from Wind and Solar Power: Law and Regulation is concerned with the law and regulation of electricity generation in the case of the two most popular sources of energy derived from renewable resources.