The recruitment market for qualified local government lawyers is the tightest that it has been for years. At a time when council legal teams are busier than ever it is putting a severe strain on legal department management writes Derek Bedlow.

When Local Government Lawyer first conducted a version of the careers survey in 2012, problems with recruitment and retention barely registered in the list of challenges facing local government legal departments as they dealt with the effects of the cuts to local authority budgets in the Comprehensive Spending Review (CSR) of 2010.

What a difference seven years makes. Now, in 2019, recruitment and retention has become the biggest single issue facing local authority legal departments as the volume and complexity of legal work increases. The vast majority (87%) of the 76 heads of legal who took part in the survey agreed that the recruitment of qualified staff is “difficult” with 39% describing it as “very difficult”. “There is a lack of good lawyers willing to enter the public sector,” lamented one head of legal (FIG 1).

The situation is unlikely to improve in the immediate future. Close to half of heads of legal (44%) (FIG 2) expect the recruitment of qualified staff to get harder still in the foreseeable future while none of the respondents to the survey expect it to get easier. As outlined in the first article of this report, escalating volumes of work mean that demand for lawyers is to grow further.

Moreover, and in contrast to earlier surveys of legal department management, many legal departments now want to have more experienced senior lawyers in their ranks. In the last Legal Department of the Future survey in 2015, the majority of respondents predicted that the number of principal and senior level solicitors would fall, while the proportion of less experienced and, particularly, paralegals would expand. In this year’s survey, heads of legal forecast that they will need more (FIG 3) senior lawyers as well as more junior ones. “New work is tending to be complex, requiring senior practitioners,” said one respondent.

Figure 3: Of your lawyers at the following career levels, which do you expect to increase or decrease in numbers in the foreseeable future? 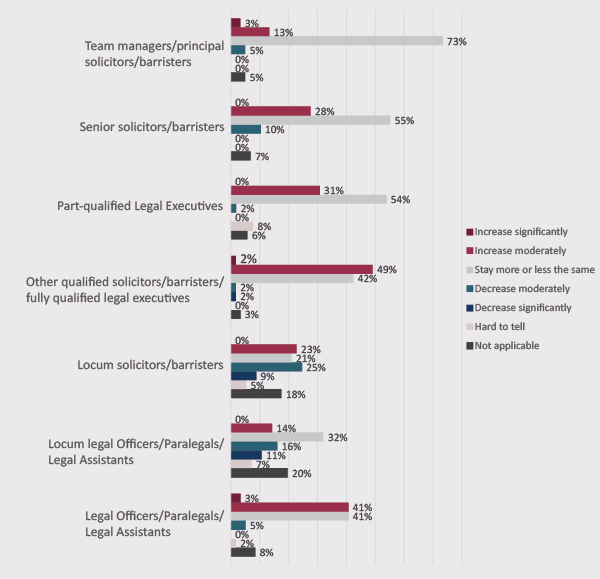 Recruitment problems apply to most practice areas but are especially acute in the fields of child protection, adult social care, procurement, planning, regeneration and property as well as litigation and governance, according to survey participants. Lawyers are one of the few occupational groups in local government to have survived with their numbers relatively intact since the Comprehensive Spending Review cut local authority funding in 2010. According to the Law Society’s Annual Statistics Report 2018, published in August, the number of solicitors in local government was 4409 compared with 4631 in 2010, a fall of 4.7%. In the same period, the number of employees in local government (including police and education) as a whole fell by 27%, according to the Office for National Statistics.

Pay is perhaps the most obvious problem for local authorities when it comes to attracting and keeping lawyers. Since the CSR in 2010, local authority staff have had an effective pay freeze which has left average local authority lawyers’ pay well behind their peers in private practice and other parts of the public sector. Lawyers in areas such as procurement or planning can earn £80-£100K in a commercial law firm, compared with £35-50K in local government.

Even after the lifting of the public sector pay cap, salary rises for local government lawyers have remained subdued. Average salary figures for 2018, as measured by an analysis of the listings on Local Government Lawyer’s jobs board Public Law Jobs, show that when compared with 2017, average base salaries for in-house local government lawyers increased by 3%, leaving them at an average for qualified lawyers of between £39,290 - £44,320.

This is despite a rise in the number of vacancies (the number of jobs advertised on Public Law Jobs increased by more than 50% – from 430 to 636 – from 2017 to 2018) and a tightening job market in both public sector legal and in the profession generally.

Pension provision for local authorities has also become less generous than it was although local authority defined benefit pensions are still more attractive than most schemes found in the private sector, where defined benefit schemes are almost impossible to find. Estimations of the compatible value of public sector pensions vary, but research by the National Institute for Economic and Social Research in 2016 (Workplace Pensions and Remuneration in the Public and Private Sectors in the UK by Jonathan Cribb and Carl Emmerson) found that the immediate monetary value of a public sector pension equated to 14% of salary, compared with less than 3% in the private sector.

This suggests that, for comparison purposes, an additional 11% should be added to public sector salaries to reflect the enhanced pension provision offered by local authorities although the additional value of the certainty provided by ‘defined benefit’ public sector pensions over the ‘defined contribution’ schemes almost universally offered by the private sector is more difficult to calculate.

The use of ‘market supplements’ and similarly-worded additional payments has risen significantly, from 4% of all roles advertised on the Public Law Jobs website in 2017 to 12% in 2018. They are most prevalent amongst councils in the South East (excluding London), 25% of whose vacancies included an additional payment of some description. However, these do not appear to be a panacea for councils with recruitment problems – these are often not guaranteed indefinitely for successful candidates and, as was pointed out by a number of respondents to the careers section of the survey, can lead to resentment amongst existing staff.

Even with market supplements and the pension advantages, public sector pay freezes have left local authority lawyer salary packages some distance behind those offered to those with similar post-qualification experience in private practice. Moreover, the lack of significant differential between pay and other benefits offered by individual local authorities means that there is little incentive to move jobs for financial reasons.

The structure of most legal departments means that promotion – and higher pay – is often only open to those prepared to take on management responsibility – there is little financial reward for developing technical expertise. Consequently, in the more in-demand disciplines, experienced lawyers can also earn significantly more by working as a locum than permanent staff, despite the effect of the IR35 changes to the tax status of locum lawyers which deemed many to be ‘employees’ for taxation purposes rather than contactors. According to respondents to the heads of legal survey, the imposition of IR35 has not dented the use of locum lawyers by local authorities, only made it more expensive (FIG 7).

The lack of supply has been exacerbated by local authorities cutting back on training contracts in recent years. The current pool of in-house solicitors in local government is around 4500, yet there were only an average of 83 new training contracts per year over the three years to 2017, according to the Law Society.

As the age profile of solicitors in local government is quite high compared to the legal profession as a whole, this in-flow of trainees is inadequate to compensate for those leaving or retiring.

This gap has always existed to some extent but in the past, it was made up by hiring junior lawyers from private practice – a source which is less fertile than it once was and not just for financial reasons, as one head of legal told the survey: “The key perception that I've had to overcome [with lawyers from private practice] is that to move into local government is to prevent a move elsewhere in the future.”

Additionally, as another respondent pointed out, while local government still offers better flexible working opportunities than private practice firms, many of the latter have made significant strides in improving the work-life balance of their staff, reducing the clear advantage that local government once enjoyed. Consequently, 81% of heads of legal said that they found it difficult to recruit from private practice (FIG 8). “You need to find someone who wants a different lifestyle and/or better pension in exchange for reduced salary and status,” commented one.

Fighting back in the war for talent
There is widespread acceptance that the number of training contracts in the local authority legal departments – which rose to 96 in 2017/18 – needs to increase significantly and, to this end, the Lawyers in Local Government Group (LLG) is formulating a new national campaign aimed at encouraging graduates to apply for training contracts.

There is also some recognition that a career path needs to be available once that contract is completed. In contrast to most law firms, it remains common for local authority trainees to have to find a role elsewhere at the end of their training period. This puts local authorities at a distinct disadvantage with private practice where the trainee retention rate is a key metric when trying to attract law students.

Legal apprenticeships, in which A-level students or graduates join an employer without going to law school and work towards their qualification through the legal executive route are also growing in number but neither address the more immediate problem of finding experienced staff.

In the meantime, unless the funds can be found to bring qualified salaries closer to their private practice counterparts, the recruitment crisis faced by local authorities shows little sign of abating.

Derek Bedlow is the publisher of Local Government Lawyer. He can be reached at This email address is being protected from spambots. You need JavaScript enabled to view it.. 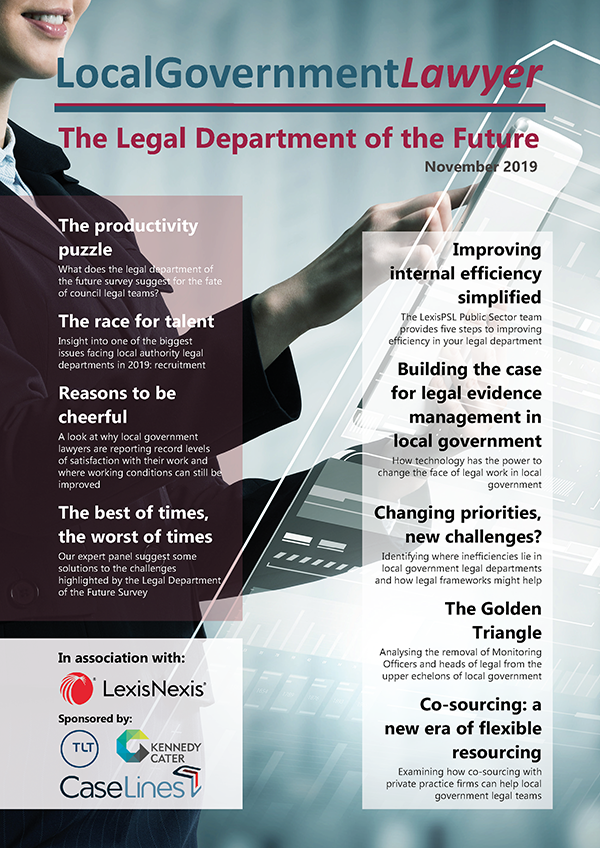 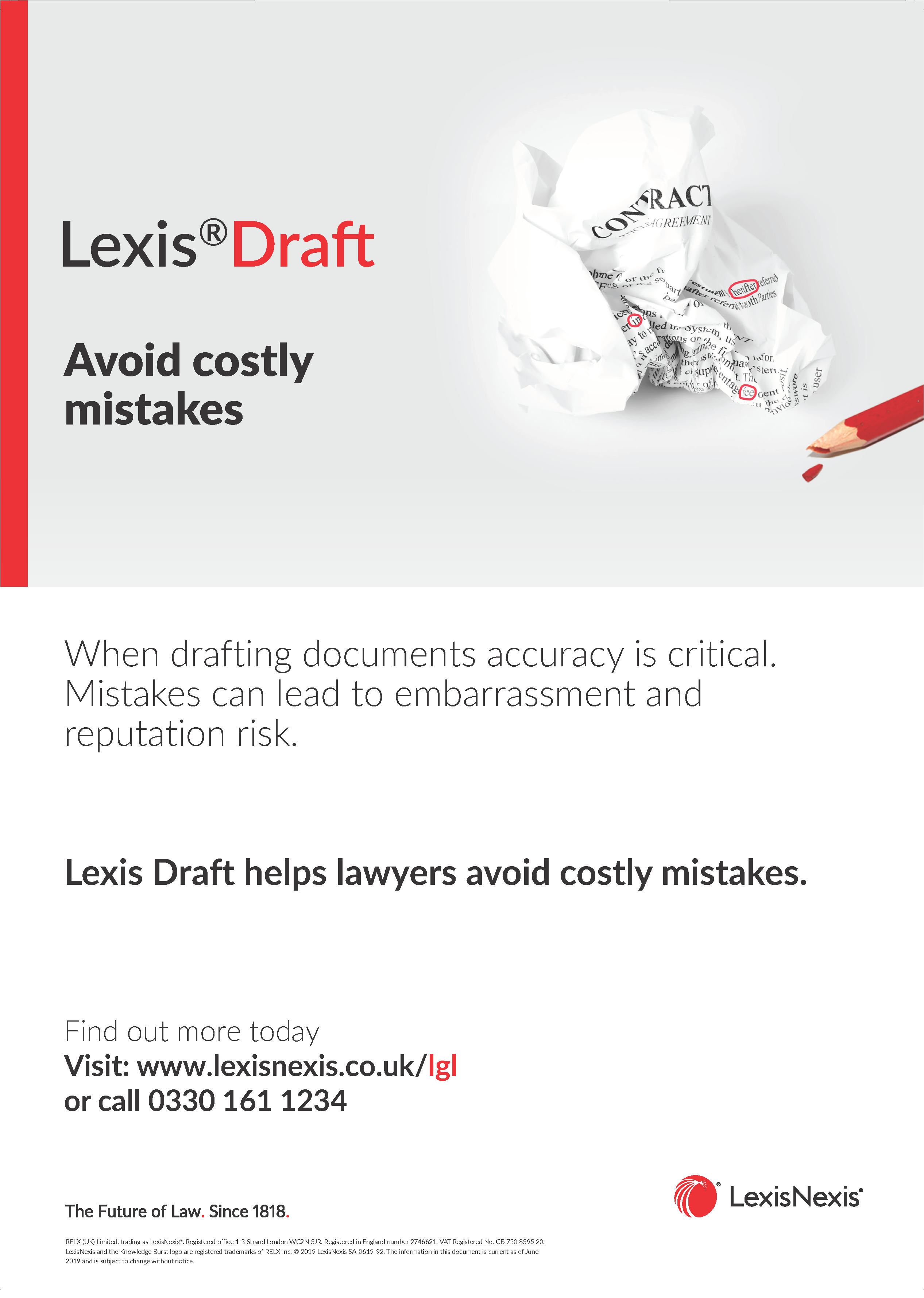 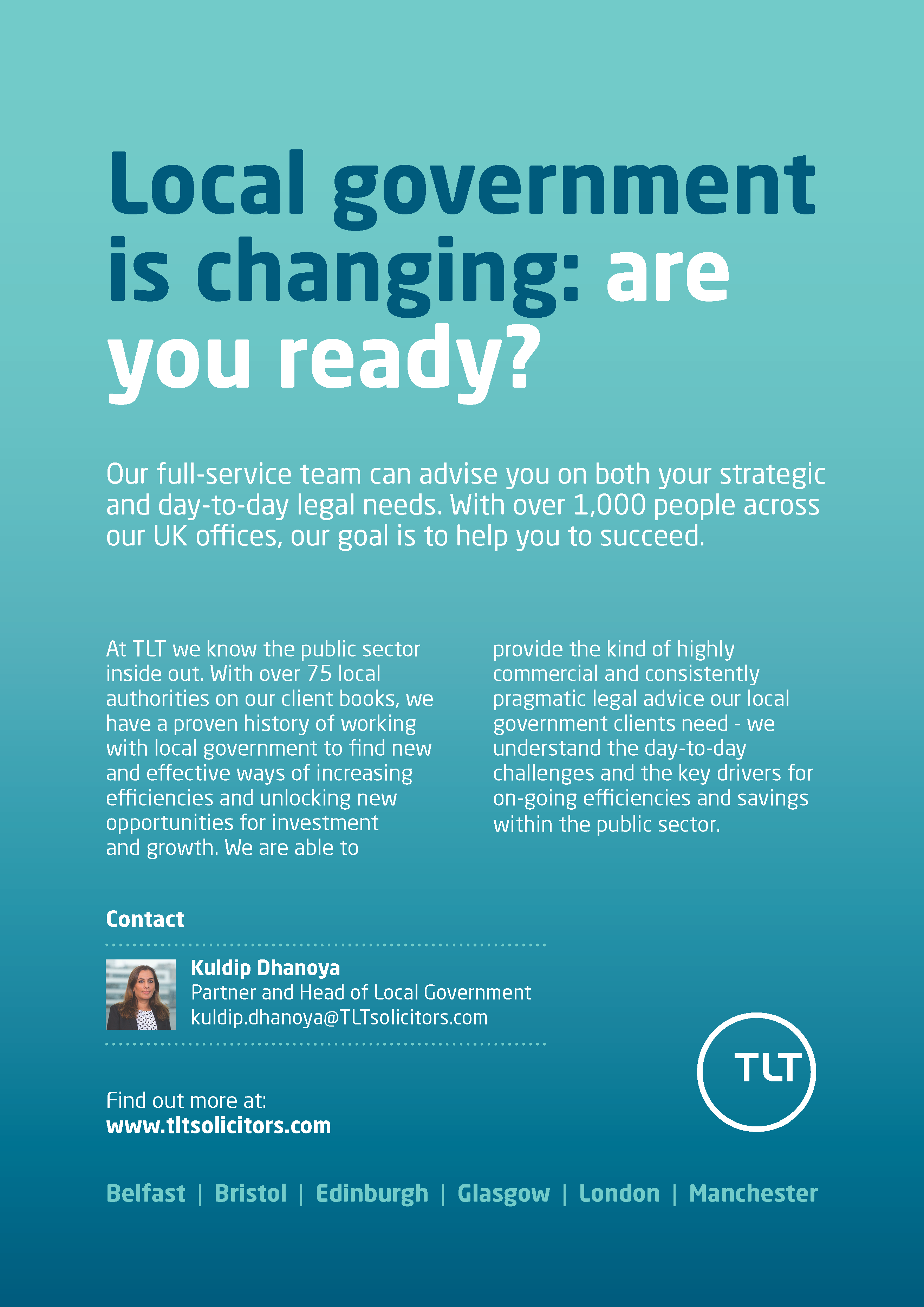 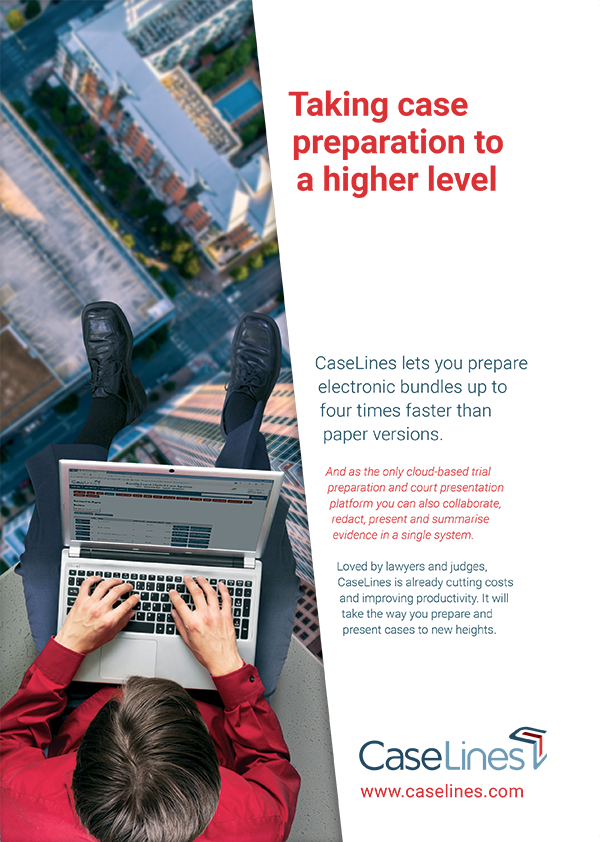 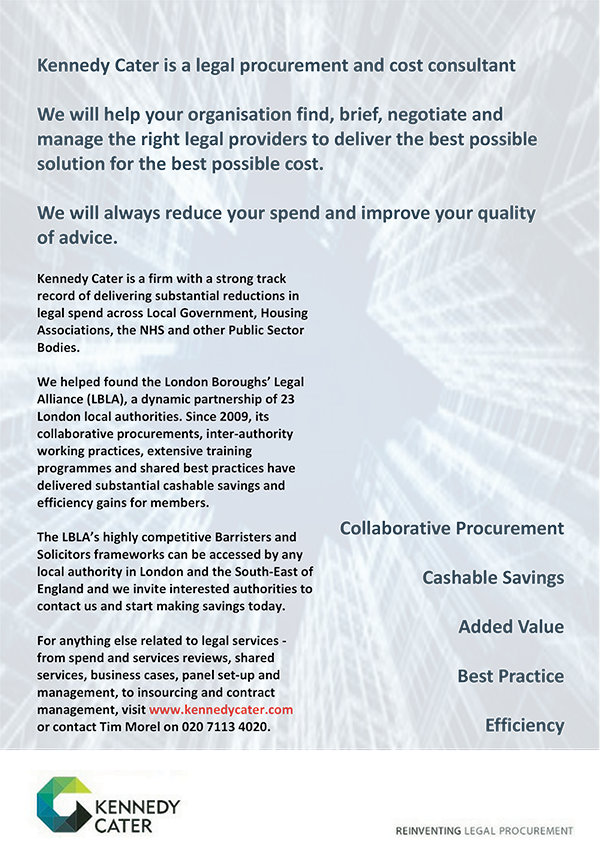 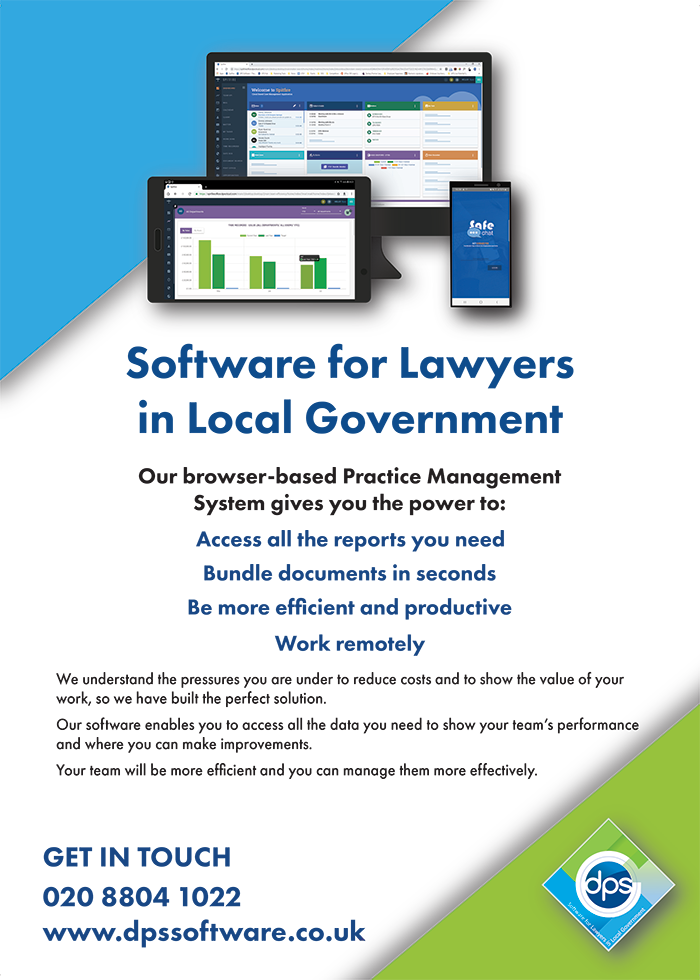 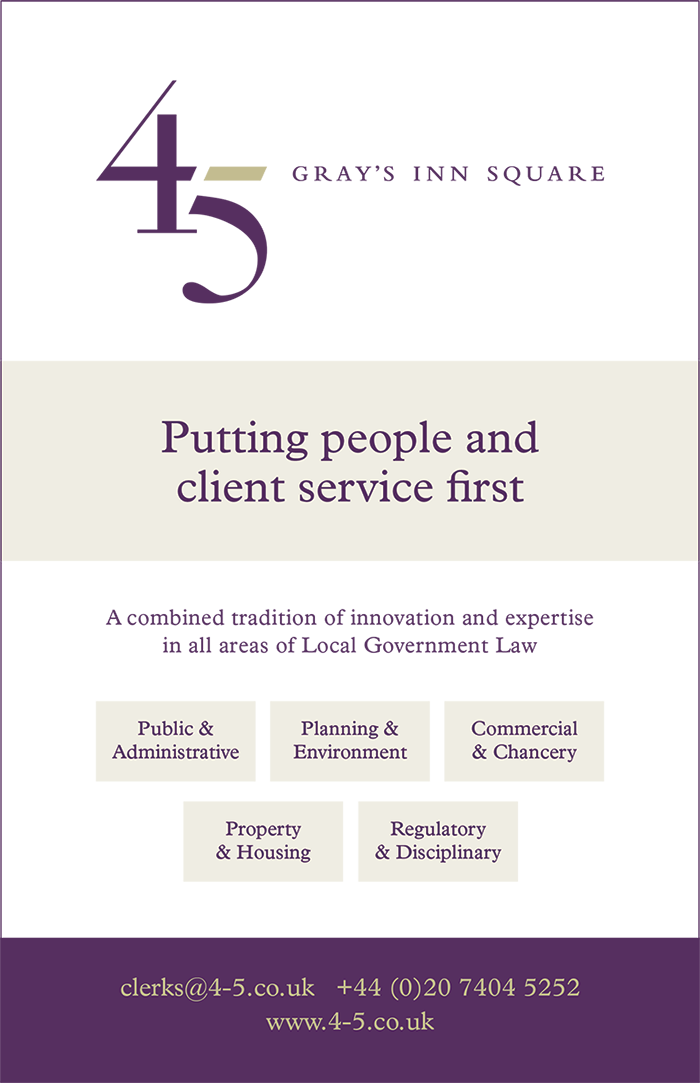