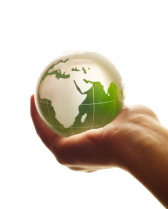 David Hart QC examines the latest Aarhus Convention point to come before the domestic courts, in a case involving a city council.

In November 2015, I posted on the decision by Ouseley J in McMorn here that a gamekeeper’s challenge fell within the scope of Aarhus, and that as a result there should be a more intense scrutiny of the underlying merits of the claim than would typically be allowed under domestic public law principles.

The case of R (o.t.a. Dilner) v. Sheffield City Council [2016] EWHC 945 (Admin), Gilbart J, 27 April 2016, bears on the standard of review point. Mr Dilner and other environmental campaigners challenged the tree-felling policies of Sheffield City Council, and one of his arguments was that tree-felling required an environmental assessment under the Environmental Impact Assessment Directive. This environmental claim fell within the protections conferred by the Aarhus Convention, and hence, it was said, required such an intense scrutiny. Mr Dilner relied upon Ouseley J’s reasoning.

Gilbart J robustly rejected the argument, and did not follow Ouseley J’s ruling.

As I explained in my McMorn post, the Aarhus Compliance Committee (guardian of its Convention) has criticised the UK for adopting a too strict standard of review in Aarhus challenges, because it requires the irrationality traditionally associated with the 1940s Wednesbury case. By contrast, the Court of Appeal has more recently said that, in a Birds or Habitats Directive challenge, Wednesbury rules the day: Smyth v Secretary of State for Communities and Local Government [2015] EWCA Civ 174.

I had been a little bit puzzled as to where Ouseley J got his backing for his ruling in McMorn. He had attributed this to Beatson LJ at [37] in Smyth, though (as Gilbart J points out at [185]) the key ruling in Smyth was by Sales LJ, and was against Aarhus giving rise to a different standard of review. Sales LJ was following another Court of Appeal judgment, by Beatson LJ, in Evans (in the Environmental Impact Assessment context) against there being such a difference.

Anyway, in the present case, Gilbart J was unpersuaded by Ouseley J’s ruling, and re-stated what must now be the orthodox position in the domestic courts, that a claim’s Aarhus status makes no difference to the standard of review, even though it remains highly important on the question of cost protection – as I explain in the McMorn post. Paragraphs [184]-[187] contain a useful compendium of the relevant court decisions on the standard of review.

And what about tree-felling in Sheffield? Well, Gilbart J was thoroughly unpersuaded by the whole challenge. The council was under a statutory duty to maintain its highways, and felling trees may (and in this case was) required as part of that duty. Its decisions about tree felling were not unlawful, under either planning or environmental legislation: see [182] for a short summary.

David Hart QC is a barrister at 1 Crown Office Row. He can be contacted by email. This article first appeared on the set's UK Human Rights Blog.